Emotions ran high on this day in Grand Pre:

On Saturday the 27th, our last day in Nova Scotia we left for Grand Pre, our last stop before heading for Fredericton to spend the night. We went into their large cultural centre and watched a 20-minute re-enactment of the Grand-Pre deportation, visited their gift store, bought several postcards and other memorable items to bring back home. Next, we went outdoors on a well-manicured path, following it until we came upon the statue of Evangeline, as well as the bust of William Wordsworth Longfellow, who wrote the Evangeline story. At the end of the path we came upon a beautiful, little church in which were the books with the names of all the Grand Pre deportees. We then followed a map that directed us to a place now called Horton Landing to the famous Deportation Cross erected in honour of the deportees. We stood at the cross, reflecting on the horror that had taken place and glanced at the landing below where thousands had been separated from their families and herded onto ships to be taken to various countries against their will. This was definitely one of the most emotional parts of our trip and a touching conclusion to our ancestral pilgrimage. 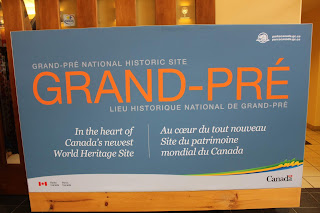 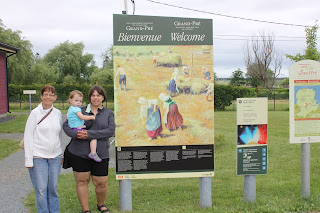 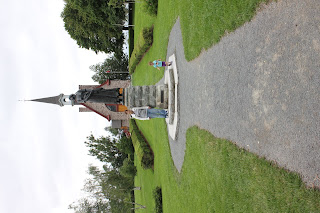 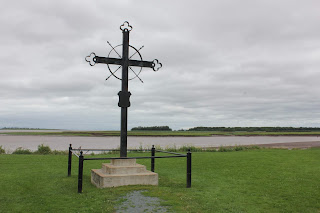