Acadian discoveries on this day five years ago, and an imminent farewell to Parker's Cove. Mom, you may continue:

On Friday, we headed west and came upon a hamlet called Belleisle looking for an old cemetery where we had been told some Acadians had been buried there. We spotted an extremely old hall with an inscription dating back to early Acadian times. We quickly headed to Church Point and saw many churches. Later, we rushed back to Annapolis Royal to take in the walking tour guided by Alan Melanson and his wife Durline. We even learned a dance at the end of the tour. There were still a couple of hours to visit shops before we planned to have dinner once again at the Restaurant Compose, where we met up with Lee Roy. That evening was to be the last one in Parker's Cove. We went back to our cottage, got all our baggage ready, tidying up the cottage so that we could leave early in the morning. 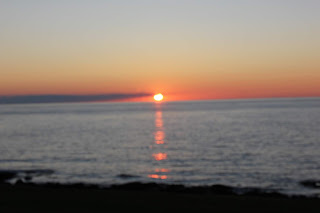 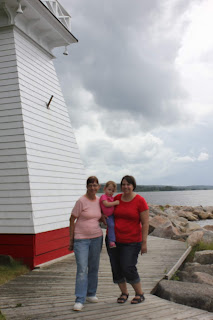 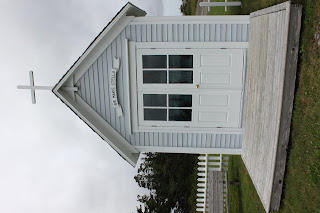 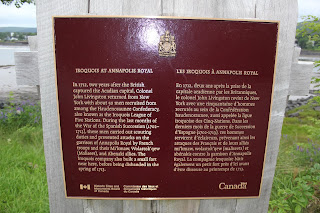 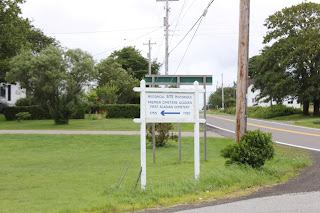 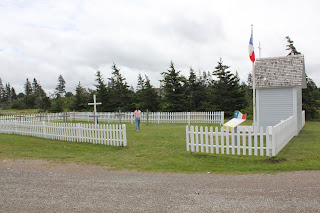 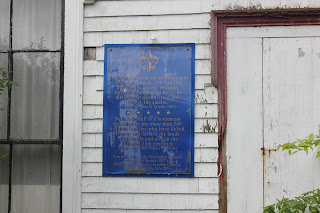 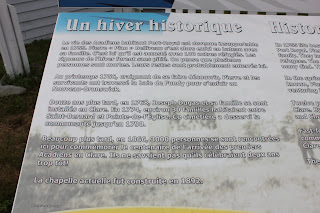 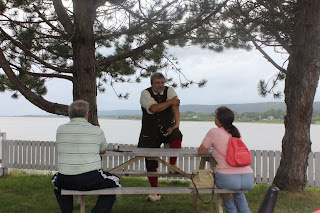